They Will Kill You, If You Cry 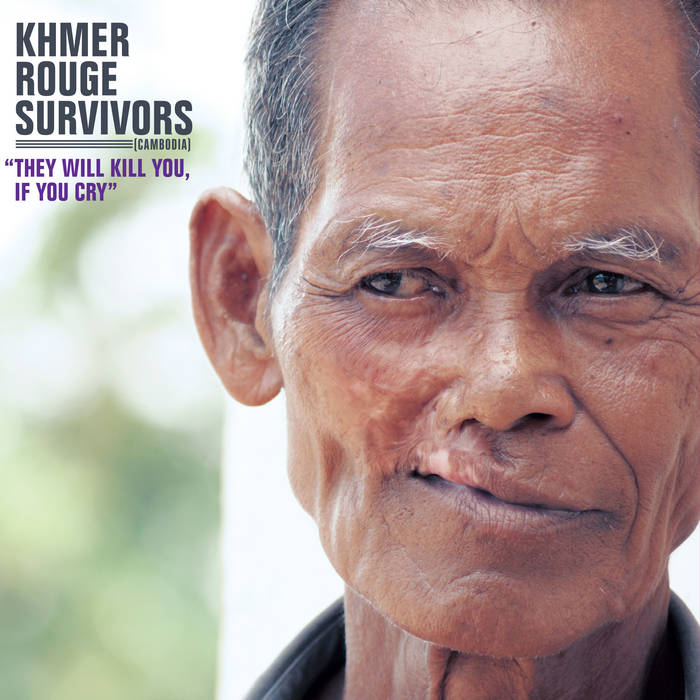 Dumb mmmn The Khmer Rouge is the name which was popularly given to members of the Communist Party of Kampuchea (CPK), which ruled Cambodia between 1975 and 1979. The Khmer Rouge regime was highly autocratic, xenophobic, paranoid, and repressive. Favorite track: Orano (I Hate My Husband that Drinks).

It would be disturbing anywhere to see a mob gathered around a street-pole as an electrocuted utility-worker’s lifeless body was lowered down by rope as if lynched, but especially in a land with so many ghosts.

A reported three-million tons of carpet-bombs were dropped on Cambodia by the USA in the 1970s, more than were unleashed on Germany during all of WWII. Following the bombings, dictator Pol Pot seized the moment, emptying the cities into shells, then pitting
rural residents against the urbanites and launching a genocide that claimed somewhere around two-million lives (i.e., nearly 1/4th of the population). This particular holocaust was especially catastrophic culturally as it specifically targeted the artists and “intellectuals”, of whom it is estimated that less than 10% survived. During this period, daring to wear eyeglasses— which had become a stereotyped symbol between classes— guaranteed
almost certain death.

Musical director, flautist, and percussion player, Arn Chorn Pond managed to survive, first by playing music to entertain the Khmer Rouge troops, and later by himself becoming a child soldier against the Vietnamese, in a kill or be killed scenario. His weight had dropped down to 30 pounds due to lack of rations, before he was rescued by an American adoptive father.

“If you're a soldier, they will kill you if you cry. Now I cry and feel better. The turning point for me was learning to cry and listen to my own words, rather than just preaching peace and forgiveness to others.”

On the road to visit the legendary Kong Nai (“the Ray Charles of Cambodia”) we passed aging bomb-craters the size of ponds that had filled with stagnant rain water.

Parents commonly warn their children, “If you try to play like Kong Nai, you too will go blind,” as a way to scare youngsters away from music, so that they will hopefully instead follow some other, more respectable career pursuit.

When a young hipster from the city talked of knowing elders that played, “Country music,” it was intriguing. But upon further examination, it was discovered that what she meant was not cowboy hats and fiddles, but the murdered music of Cambodia’s own roots tradition.

There is an inherent disconnection of logic amongst Westerners that claim a culture like Cambodia, who speak a tone-language— where the meaning of many otherwise identical words is dependent on the pitch with which they are spoken— are not musical by nature.

And, prejudice’s self-destructiveness is nowhere more apparent than in the common underestimation of an entire racial group as “passive,” particularly one with such a history of upheaval, perseverance, and resistance.

Special thanks to Thorn and family for the best surprise birthday dinner ever!

Bandcamp Daily  your guide to the world of Bandcamp

MF DOOM is given his flowers, plus appearances from MC Jada Imani and Stanley Ipkuss